About 12 miles from Pilger is the town of Wisner, Neb. When looking on Find a Grave, I saw that only 42 percent of Wisner Cemetery was photographed. Being able to help add photos while seeing a new cemetery is a great “double shot” for me so we decided to make a stop. I had no idea what a wise choice we’d made.

First known as Elmont Precinct, Wisner was platted by the Elkhorn Land & Town Site Company with the actual filing submitted July 22, 1871. Wisner was named after S.P. Wisner, a vice president with the railroad company. On or about July 20, 1871, the railroad was completed, and on July 26 town lots were sold at auction to the highest bidder. Wisner became an incorporated village on May 14, 1873. 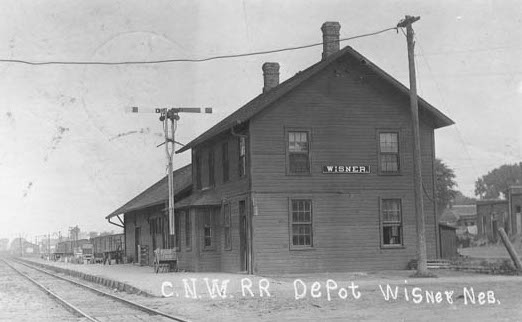 I’m a little embarrassed to admit that I didn’t look at the map properly when determining where the cemetery entrance was. We drove to the back of a subdivision and walked up a steep hill to find the back gate. Oddly enough, we found animal bones scattered on the road. 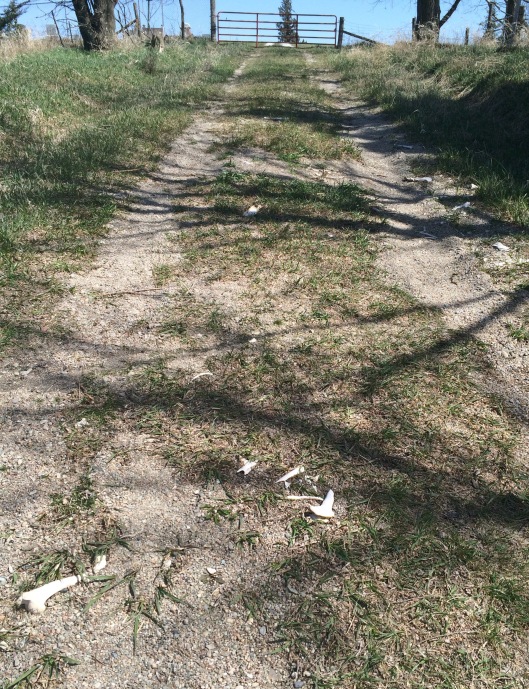 Seeing bones scattered on the hillside behind Wisner Cemetery did give me pause until I realized they were animal bones.

Once I realized my error, we backtracked and found the proper route to the front gate. Wisner Cemetery is well tended and laid out in an organized manner. There’s a very helpful master directory inside of a metal box to help you find where graves are located. 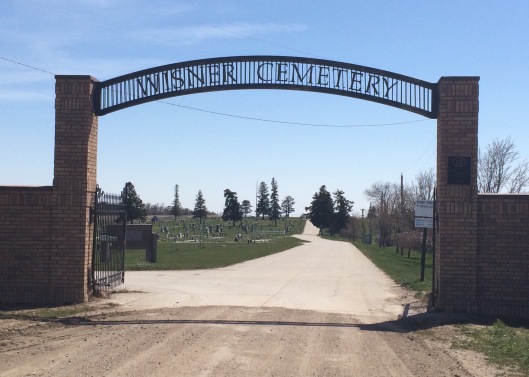 Like many Nebraska cemeteries, there’s a metal box protecting a master directory of graves/locations.

One of the first markers near the front gate that I saw was this one for David Svatos. There’s a big rig carved into his marker and a metal one was attached on top. I learned from his obituary that David had driven trucks from an early age. He was only 50 when he died. 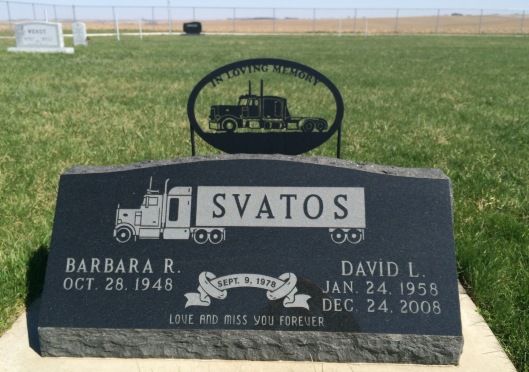 David Wisner’s profession as a trucker is evident from his monument.

It wasn’t long before I made a wonderful discovery. Wisner Cemetery is the final resting place of a Medal of Honor recipient.

The Medal of Honor is the U.S.’s highest and most prestigious personal military decoration that’s awarded to recognize U.S. military service members who distinguished themselves by acts of valor. The medal is normally awarded by the President in the name of the U.S. Congress. The Medal of Honor has been awarded to 3,496 different people. 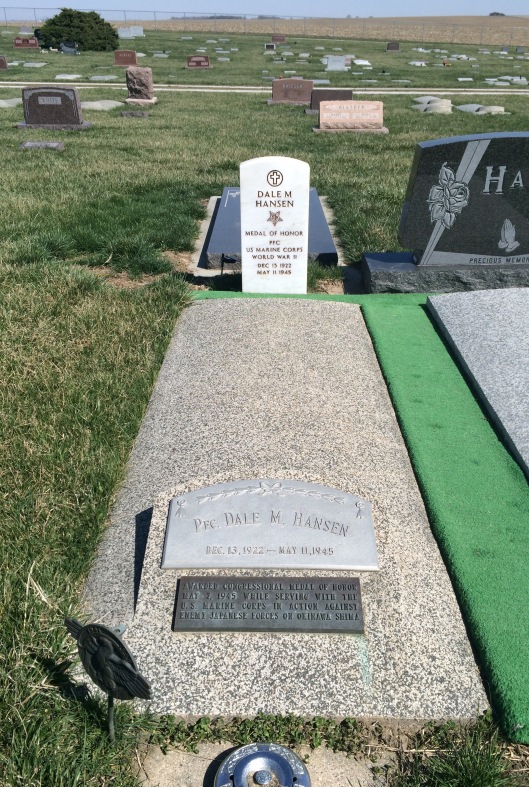 Dale M. Hansen was born and raised in Wisner, Neb.

The son of Peter and Lillian Schulz Hansen, Dale Merlin Hansen was born in Wisner on Dec. 13, 1922. While attending schools, he helped out on the family farm. He graduated from high school in 1940.

Dale’s younger brother, Forrest, remembers growing up with Dale and his other brothers, Larry and Don. “Typical boys. There were four of us you know how they are, riding the ponies and horses and stuff like that.”

Dale was inducted into the Marine Corps Reserve on May 11, 1944. He completed training at the Marine Corps Recruit Depot in San Diego, Calif. and was assigned to the Infantry Training Battalion at Camp Pendleton, where he underwent four weeks of infantry indoctrination and two weeks of training with the Browning Automatic Rifle, scoring 175 to become an Expert Automatic Rifleman. 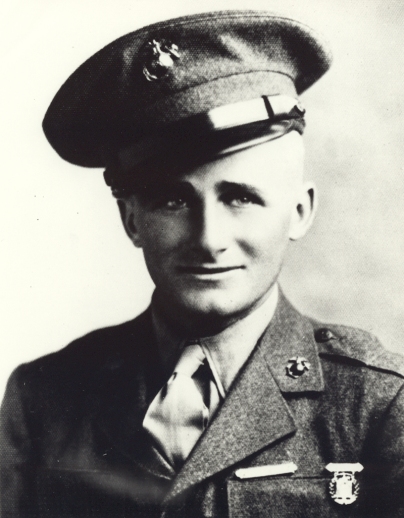 Dale headed for the Pacific Theater on Nov. 12, 1944 with a replacement draft. In December, he joined Company E, 2nd Battalion, 1st Marines, at Pavuvu in the Russell Islands. While there, he underwent bazooka training before sailing with the 1st Marine Division for maneuvers at Banika Island and Guadalcanal in February 1945. In March, after a few more days back at Pavuvu, the division left for Okinawa where Dale landed with his unit on Easter Sunday, April 1, 1945.

The action which brought him the Medal of Honor occurred in the battle for Hill 60 on the Southern part of the island. On May 7, after destroying a strategic pillbox with a rocket launcher, his weapon was destroyed. Continuing his assault alone, he bravely destroyed a mortar position and 12 enemy soldiers during the course of battle. His determination and total disregard of personal danger helped his unit take a well-defended enemy position.

Three days later, Dale was killed by a Japanese sniper on May 11, 1945 in the Wana-Dakeshi Ridge. He was 22 years old. 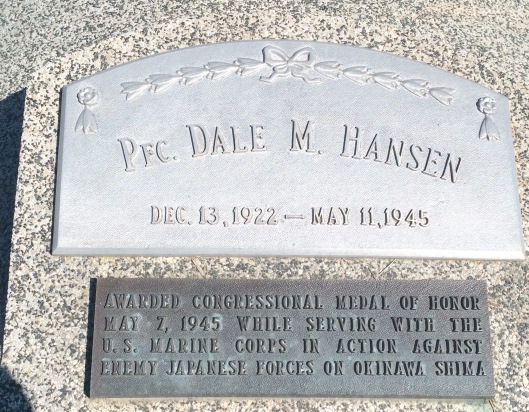 Forrest Hansen remembers being at home, when the family received the last telegram. “Figured something was wrong because we hadn’t heard nothing for 30 days,” he said.

The Medal of Honor was presented to Dale’s parents on May 30, 1945 by the officer in charge of the Midwestern Recruiting Division as part of Wisner’s Memorial Day observance. He was initially buried in the 1st Marine Division Cemetery on Okinawa, but his remains were returned to the U.S. in 1948 for burial in Wisner Cemetery.

Camp Hansen was named after Dale Hansen, to honor his sacrifice during World War II.

Built in the 1950s, Marine Corps Base Camp Smedley D. Butler is a collection of facilities and satellite installations on Okinawa. Camp Hansen is one of them and was named in honor of Dale Hansen. It houses about 6,000 Marines and holds the record for the most Marines that re-enlist in the Marine Corps.

I took a moment to say a prayer of thanks for the brothers. To think about what it all meant. Two farm boys who left the innocence of the Nebraska prairie to face the brutality of war. Both left for Okinawa in 1944 but only one came back. The Hansen family, as many others touched by war, would never be the same. 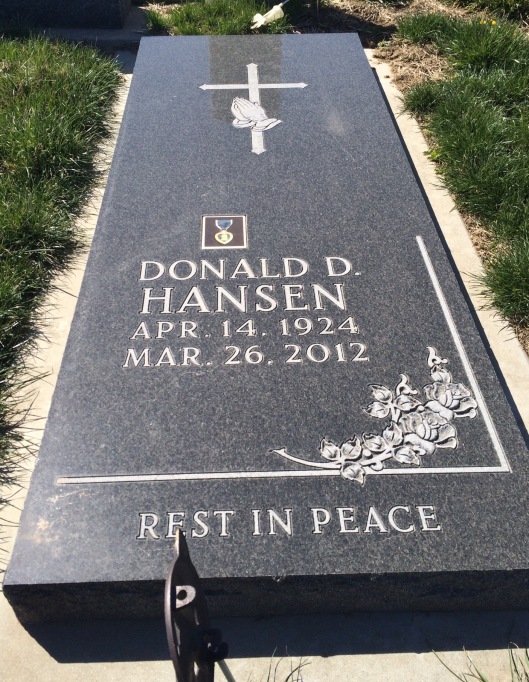 PFC Donald Hansen was awarded the Purple Heart. He is buried directly behind his brother Dale.

One much less historic but very useful feature unique to Wisner Cemetery is that it has its own functioning outhouse! At first, I thought it might be a shed for tools and equipment, but happily found it was an authentic vintage “Port a John”, complete with toilet paper. 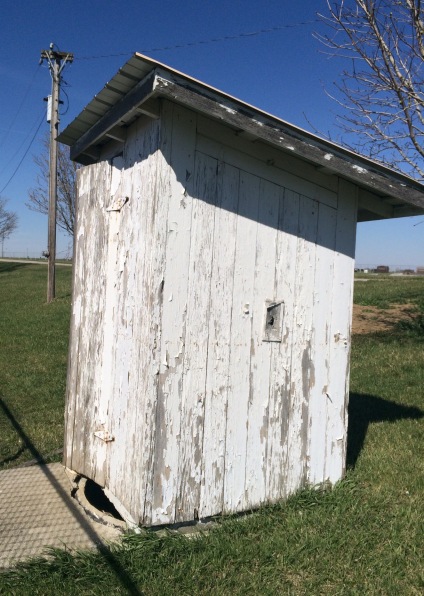 What looks like a shed is actually an outhouse!

The inside looked much better than I imagined, which tells me that those caring for the cemetery actually use it. I tried it out myself because to be honest, I really had to go. I wish more cemeteries had them for hoppers like me! 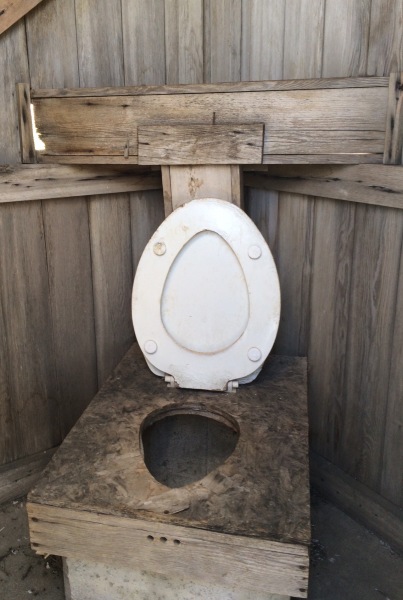 Many thanks to whomever maintains this outhouse, I am quite grateful.

The Ziebell family has five markers at Wisner Cemetery. Arthur Ziebell, a native of Indiana, married Elsie Sherrifs in 1902 in Iowa. The 1910 U.S. Census indicates they had three children: Charles, Francis and Earl. They later had a daughter, Margaret, in 1913. 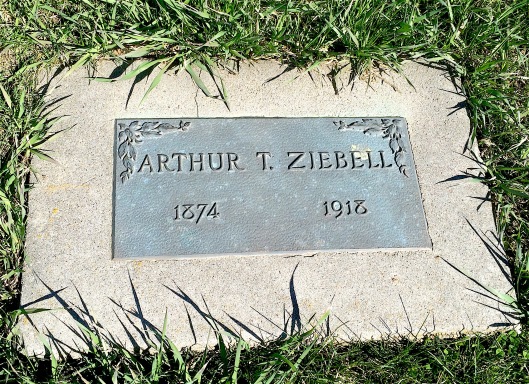 Arthur and Elsie both died in 1918, which leads me to believe it was from the Spanish Flu. Arthur’s exact day and month of death is unknown, but Elsie died on Nov. 5, 1918. Margaret died at the age of 9 in 1922. I believe all their other children survived well into adulthood. Arthur’s father, Anton, is also buried at Wisner Cemetery. 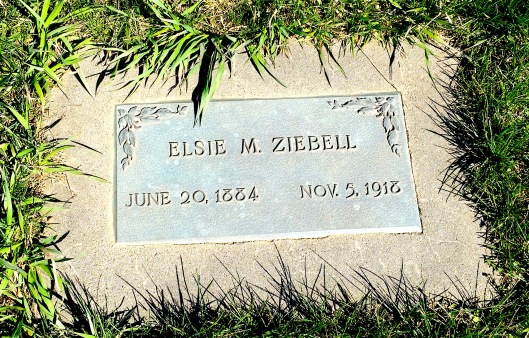 Elsie died the same year as her husband, Arthur. They left behind four children.

I found another potential Spanish Flu victim not far away. A native of Norway born in 1846, Carrie Johnson married Ole Field sometime before 1868 in Wisconsin. They had three children together and were living in Wisner by 1880. Ole died in 1886, his cause of death is unknown. Carrie, who never remarried, died 32 years later on Oct. 29, 1918. This was only a few days after Elsie Ziebell died. 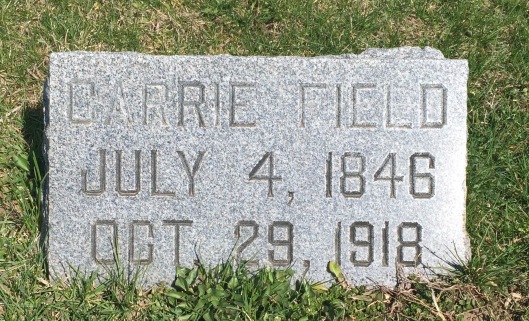 We’d only just gotten started at Wisner so I’ll share more about our visit next time. 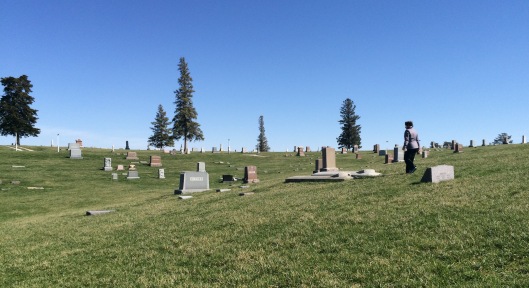 That’s Christi in the purple jacket.