This week starts a new series on what is most likely Dallas’ oldest burial ground, Pioneer Cemetery. It has a long history that has some holes in it that would take more time than this blog allows to share. Basically, it’s thought to be the combination of four different cemeteries that includes burials of Masons and IOOF (Independent Order of Odd Fellows) members. If you want the full story, this article does a good job of explaining it.

Pioneer Cemetery is located in downtown Dallas next to the Dallas Convention Center, a bustling hub of activity before COVID hit. But when it was first created, it was situated a bit above town and away from all the action. Makes sense for a cemetery. I’m sure they didn’t expect Dallas to grow the way it did.

View of Pioneer Cemetery with office buildings in the background.

Situated on a handful of acres, there are about 425 graves recorded on Find a Grave. I’m sure there are many more unmarked. The first burials were thought to have taken place in the 1840s. Four Dallas mayors, six doctors, and a number of elected officials are buried there.

The man who served as mayor of Dallas three times has a stone you might easily walk by if it didn’t have a plaque indicating his importance to the city.

Born in Lancaster, S.C. in 1816, John McClanahan Crockett’s road to Dallas was a circuitous one. He attended Franklin Academy in Lancaster, entered the mercantile business in Camden, S.C., then moved to Obion County, Tenn. in 1836 to be partner in a general store. In Camden, he married Catherine “Katie” W. Polk on March
17, 1837. He began reading law in 1841 and received a license to practice in 1844.

It wasn’t until 1848 that Crockett and Katie made it to Dallas, where John’s brother-in-law, William H. Hord, was a county judge. Crockett opened a law practice and served as deputy county clerk his first there. 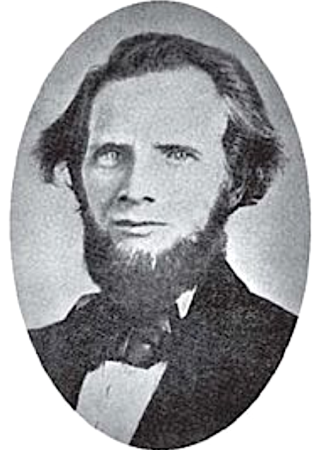 Three-time mayor of Dallas John M. Crockett was a South Carolina native before moving to Tennessee then Dallas.

In 1851, Crockett became state representative from the Dallas area. He was a law partner of John Jay Good in the first half of the 1850s. Remember that name for later. He was also first master of Tannehill Masonic Lodge in Dallas, chartered on June 24, 1850.

Crockett was elected as the second mayor of Dallas in 1857, serving for three non-consecutive terms (second, fifth and eighth). His last was from 1865 to 1866. In between terms, he served as lieutenant governor from 1861 to 1863. There was no mayor of Dallas during the Civil War.

John M. Crockett’s humble grave marker has clearly been repaired a few times. His prominence as a Mason likely contributed to why he’s buried in Pioneer Cemetery, which contains part of an earlier Masonic burial ground.

After the Civil War, Crockett incorporated the Dallas Grain Elevator and Flouring Company in 1872. In 1875, he became a charter member of the executive committee of the Dallas Pioneers Association. He and Katie had no children. 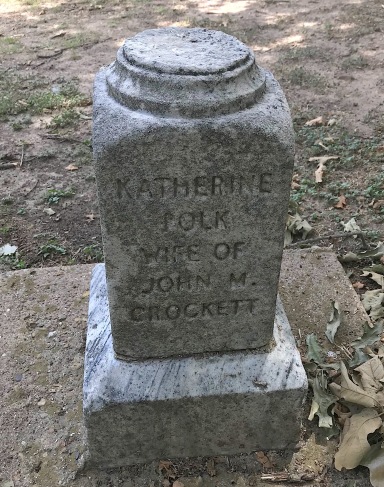 Catherine “Katie” Polk Crockett’s gravestone spells her name with a “K” instead of a “C”.

Catherine died in 1880 at the age of 62 and John M. Crockett passed away on August 4, 1887 at the age of 70. Because of Crockett’s early prominence as a highly-positioned Mason, his burial site at Pioneer makes sense.

The 18th Mayor of Dallas

By contrast, the marker for Dallas’ 18th mayor John Jay Good is much grander and actually says quite a bit about the man it was made for. In fact, decoding it was a fun task I’ll discuss in a moment.

Earlier I mentioned John Crockett’s law partner John J. Good. Several years after Crockett’s last term as mayor, Good would step into that role. Like Crockett, Good was not a native Texan. Born in Mississippi in 1827, Good attended Cumberland University in Lebanon, Tenn., and read law in Columbus, Miss., before his admittance to the bar in 1849. He practiced law in Marion County, Ala., while working  on his father’s farm before 1851, when he headed to Texas to settle in Dallas. Good married Susan Anna Floyd on July 25, 1854 and they had six children that lived to adulthood.

In 1859, Good was appointed an official visitor to the United States Military Academy at West Point, but with the outbreak of the Civil War he organized a Confederate artillery battery. He fought as a captain with Benjamin McCulloch’s brigade at Elkhorn and was wounded. Good was then appointed presiding judge of the Confederate military courts of Mississippi, Alabama, and Georgia, with the rank of colonel.

After the war, Good was elected judge of the 16th Judicial District (Dallas) but was removed by Gen. Philip Sheridan as an “impediment to Reconstruction.” Good practiced law in Dallas and in 1880 he was elected mayor.

In the last few months of his life, Good traveled to other climates in hopes of improving his health. He died on Sept. 17, 1882 at the age of 55. His beloved Susan died in 1912 at the age of 72. While there is a memorial marker for her beside her husband’s monument, she is actually buried in Dallas’ Grove Hill Cemetery.

As I mentioned earlier, John Good’s monument is an especially nice example of a combination of symbols and inscriptions worth picking apart. At the top of is the draped urn, a common enough symbol. It is believed by some to mean that the soul has departed the shrouded body for its trip to heaven. Some believe the shroud is the last barrier between this world and the next.

On the sides, you can see two inverted torches, symbolizing life in the next realm or a life extinguished.

At the base of the marker, below Good’s name and dates, you can see the three rings of the Independent Order of Odd Fellows (IOOF). The FLT represents Faith, Love, and Truth.

The inscription and symbol at the top of John Good’s monument spell out his involvement in the Knights Templar, a fraternal organization tied to the Masons.

In the picture above, you can see the Knights Templar (who were affiliated with the Masons) group that Good served as commander of in Dallas. Below it is a Knights Templar symbol, complete with the Latin motto of In hoc signo vinces, which means “In this sign thou shalt conquer”.

From the newspaper article I found concerning Good’s funeral rites, the Knights Templar were in charge so I am thinking his affiliation with them was higher than that of the IOOF. Because parts of Pioneer Cemetery were for both IOOF and the Masonic burials, this would be the place for him to be buried.

Mark of a Craftsman

I want to point out one more thing about John Good’s monument. At the base below “Good”, you can see the name of the person who provided it, S.B. Hanway. When I was photographing it, I knew I had seen that name somewhere before.

Samuel B. Hanway was a well-regarded monument dealer in Dallas in the late 1800s.

It wasn’t until recently that I figured out where I had seen it. Samuel B. Hanway is buried at Greenwood Cemetery, which we had visited a few days before. As it turns out, Hanway was a native of Ohio who had done business in Kansas in the monument trade before ending up in Dallas for the last 30 years of his life. He made quite a name for himself in that business. John J. Good’s monument is a great example of his work.

Next time, I’ll have more stories from Pioneer Cemetery.

Canadian native Phoebe Davis died at the age of 16. Her parents, Joseph and Martha, are buried at Dallas’ Greenwood Cemetery but Phoebe’s name is also on the large family marker at that cemetery as well.

1 thought on “Deep in the Heart of Dallas, Texas: Visiting Pioneer Cemetery, Part I”