Grave robbing is nothing new. Movies have been made about it and countless scary stories told around campfires include many a corpse. At one time, in the late 1700s into the 1800s, the theft of dead bodies from cemeteries was very real and quite profitable. Medical school attendance was going through the roof and they needed cadavers for students to practice on.

Celebrity grave robbing is different. It usually involves a ransom demanded in exchange for the return of the stolen corpse. Still, those that undertake it probably already have a screw lose to begin with. Here are the stories of three infamous grave robberies: one that actually happened, one that almost did and one that is questionable to this day. 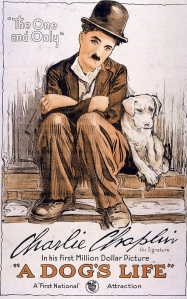 A Dog’s Life was made in 1918. Charlie Chaplin wrote, director, produced and acted in the film. His brother, Sydney, had a small role.

Born in April 1889 in London, England, Charlie Chaplin had parents in the theatrical profession. His career as a vaudeville comedian brought him to the United States in 1910. His film career took off in 1914 when he joined Keystone Studios. He developed his trademark “Little Tramp” persona over those early years. With D.W. Griffith, Mary Pickford, and Douglas Fairbanks, he founded United Artists (which is still around today) in 1919. His eight films with UA made him a film icon, with titles like The Kid, City Lights and Modern Times.

Chaplin was living in Switzerland with his fourth wife, Oona, when he died in December 1977. He was buried in Corsier Cemetery (near Lake Geneva) in a 300-lb. oak coffin. In March 1978, it was dug up and removed from the cemetery. The two thieves contacted Oona and demanded an eye-opening ransom of 40,000 pounds (the American equivalent is about $64,500) for the return of his coffin. Oona refused to pay it, saying, “Charlie would have thought it rather ridiculous.” 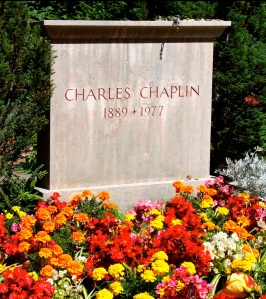 Local police set up phony pay-off meetings that proved a failure when the robbers didn’t show up. At the same time, the police and the suspects were both persistent, so the two parties continued to communicate in hopes of resolving the standoff. In May, the police tapped the Chaplins’ phone. They also assigned officers to watch as many as 200 phone booths throughout the area.

When the thieves called this time, the call was traced to two auto mechanics, Roman Wardas of Poland, and Gantscho Ganev, of Bulgaria. The two were arrested. Upon interrogation, they led police to Chaplin’s body, which they had buried in a nearby cornfield. The two were political refugees who were inspired by a similar scheme they read about in an Italian newspaper. Wardas, the brains of the two, got four and a half years of hard labor while Ganev received an 18-month suspended sentence.

The Chaplins reburied Charlie in the Corsier Cemetery. But this time, they sealed his coffin in thick concrete so any future thieves would be deterred from repeating the crime. Fortunately, his grave has remained undisturbed ever since.

Abraham Lincoln’s body was never stolen but there was definitely a plot afoot to do so. Lincoln’s demise was unique in many ways. Not only was he assassinated, he was the first U.S. president to be embalmed to preserve his body. The train carrying his body to his hometown of Springfield, Ill., made several stops along the way, in which Lincoln’s body lay in state. So the use of embalming was paramount to keeping Lincoln, uhm, camera ready. 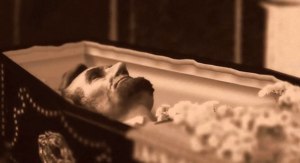 Lincoln was buried in Oak Ridge Cemetery, a rural cemetery located about two miles outside of Springfield, Ill. No night watchman patrolled the area around the president’s tomb. The only thing standing between Lincoln’s body and any would-be grave robbers was a single padlock on the tomb’s chamber door.

He lay there undisturbed until November 7, 1876. That’s when a group of four counterfeiters broke into the cemetery with the intention of stealing Abraham Lincoln’s body from his sarcophagus. They planned to take the body, hide it in the sand dunes of Northern Indiana, hold it for $200,000 ransom, and demand the release of one of their gang from prison. 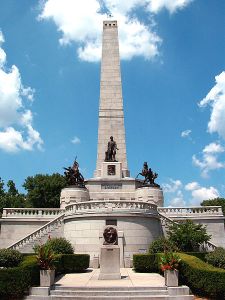 Lincoln’s Tomb at Oak Ridge Cemetery was not where many in Washington thought he should be buried. Mary Todd Lincoln fought hard to have her husband’s wishes fulfilled and succeeded.

Their plans fell apart when a paid police informant who had infiltrated the crew ratted on them. When the men broke into the cemetery that night, police and Secret Service agents (who were only charged with investigating counterfeiters at the time, not guarding the body of the President) were waiting for them. Due to an errant gunshot going off before the trap was sprung, the crooks got away, but were arrested a few days later. 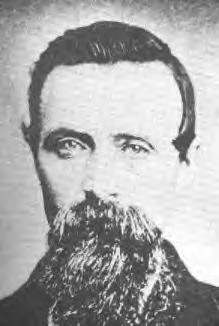 Jack Hughes was a sketchy character known for counterfeiting nickles. 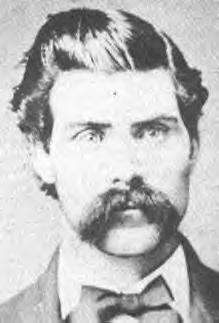 Terrence Mullen was a saloon keeper. He and Hughes hired a man who they thought was a grave robber. It would be a decision they would soon regret.

After the attempted robbery, Lincoln’s remains were reburied in the same mausoleum at Oak Ridge. This time they were hidden in a shallow grave in the basement of the tomb. This fact was known only by a handful of people for decades. Lincoln remained there until 1901, when eldest son Robert Todd Lincoln had his father’s remains placed inside a steel cage, lowered 10 feet into the ground, and covered in concrete for safe keeping. It’s been there ever since. 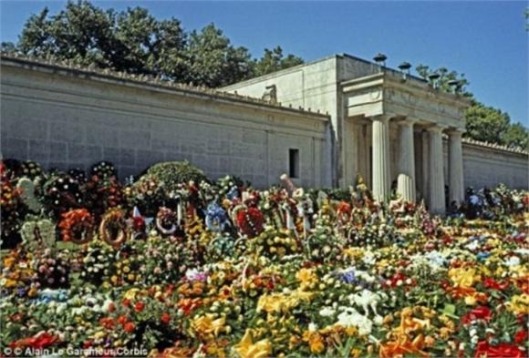 For two months after he died, Elvis’ body rested inside this crypt at Forest Lawn Cemetery. It has been empty since he and his mother were moved to Graceland. In 2012, the crypt was slated to be auctioned, but Elvis fans caused such an uproar that it never took place.

While police staked out the grave at Forest Hills Cemetery in Memphis, they caught three men (Raymond Green, Eugene Nelson, and Ronnie Adkins) snooping around Presley’s mausoleum. How the three were going to get through the two concrete slabs and a solid sheet of marble that covered the coffin is unknown. No tools or explosives were ever found. That doesn’t even take into account how they planned to remove the coffin without a forklift. Until further evidence about the plot could be uncovered, police charged the men with criminal trespassing and kept them in jail.

The story Adkins gave police turned out to be full of holes. He said the men were going to be paid $40,000 each by an unknown criminal mastermind who planned to ransom the body for $10 million. But he couldn’t tell police how the men intended to get their reward or how to contact this anonymous kingpin once the deed had been done. With no actual crime being committed (other than the men being in the cemetery after dark), and the evidence against the men being so weak, all charges were eventually dropped. 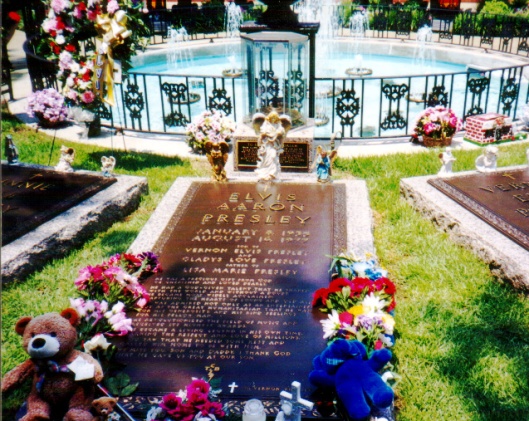 Elvis’ grave is between those of his parents, Gladys and Vernon. Photo courtesy of Wikimedia Commons.

As a result of the “almost attempted” grave robbery, the Presley estate asked to move the bodies of Elvis and his mother to Graceland where they could be monitored 24 hours a day by staff security and closed-circuit TV cameras. Their request was granted.

Former FBI agent Ivian C. Smith said that the “almost” grave robbery was concocted by Elvis’ estate as a way to get the Presleys buried on the property because before the “near theft”, the Memphis Shelby County Board of Adjustment had refused to grant them a variance to bury Elvis at Graceland. Smith, former head of the FBI’s Arkansas office, says Adkins told him years later that former Shelby County sheriff’s deputy Billy Talley set up the hoax.

But as we all know, Elvis isn’t really underground. He’s at Walmart at 2 a.m. buying peanut butter and bananas, right? 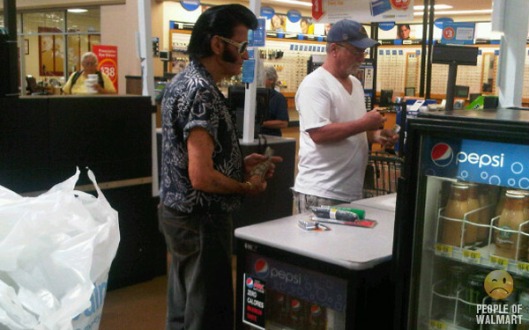 Photo courtesy of People of Walmart.

3 thoughts on “What do Charlie Chaplin, Abraham Lincoln and Elvis Have in Common?”