Recently, Caleb Wilde (of Confessions of a Funeral Director fame) featured the Top 20 Pop Songs Requested at Funerals list based on requests made at 30,000 services during 2012. Compiled by The Co-operative Funeralcare of England, the list has a decided British bent to it. Here it is:

Many people want to have Ol’ Blue Eyes’ song “My Way” played at their funeral. I think I’d prefer “The Best is Yet to Come” myself.

The list got me to thinking about how funerals and music have always been intertwined. One of the most famous pieces of funeral music isn’t even on this list. That would be Chopin’s Funeral March.

Polish composer Frederic Chopin’s Funeral March gets parodied a lot but it remains a powerful piece of music. This is a drawing of Chopin on his deathbed. Courtesy of Kean Collection/Hulton Archive/Getty Images.

I love classical music. From the age of 12 or so, instead of buying pop records, I was browsing the classical music section at Record Bar at the mall. Those of you old enough to remember Record Bar probably remember it was back in the far corner most of the time.

You know when you ask your parents for an album of Beethoven’s Piano Concerto #5 for Christmas (and they buy it), you’re a genuine geek.

Chopin has always been one of my favorites, mostly because he wrote some amazing piano work. His nocturnes are especially dear to me. But I don’t think I truly appreciated him until I saw Roman Polanski’s The Pianist, an autobiographical film about Polish pianist and composer Władysław Szpilman. Chopin’s music is prominently used in the film.

In The Pianist, Adrien Brody portrayed Polish composer and musician Władysław Szpilman, who barely survived the Holocaust. Chopin’s music is featured prominently in it. Brody won the 2002 Academy Award for Best Actor for his portrayal.

The story behind Chopin’s Funeral March is that he was moved to write it after the 1830 Polish uprising against the Russians. Then traveling through Western Europe, Chopin was worried about the fate of his friends and family he was forced to leave behind. He never returned to his homeland.

Clash between Polish insurgents and Russian cuirassiers on a bridge in Warsaw’s Łazienki Park. In the background is an equestrian statue of King John III Sobieski. Painting by Wojciech Kossak, courtesy of Wikimedia Commons.

The piece is actually the third movement in Chopin’s Sonata #2 in B-flat minor. It was apparently a very emotional expression of his angst because he found it difficult to play in public.

According to Chopin scholar Jeffrey Kallberg (in a 2010 NPR piece), “His colleagues said that he often played in salons, and the only way to get him to stop playing was to ask him to play the March,” Kallberg says. “He was so caught up in the emotions of it.”

When Chopin died in 1849, Mozart’s Requiem was played at his funeral service. But Chopin’s Funeral March was played later at his burial service in Paris at Pere Lachaise Cemetery. If I ever get to Paris, that’s going to be my second stop (after the Eiffel Tower).

Chopin’s tombstone features the muse of music, Euterpe, weeping over a broken lyre. It was designed and sculpted by French sculptor/artist Auguste Clésinger.

Chopin was only 39 when he died of tuberculosis. Chopin’s death mask, courtesy of the Jack Gibbons Collection.

Since that time, Chopin’s Funeral March holds a prominent place in history. It was used at the state funerals of President John F. Kennedy, Sir Winston Churchill and Margaret Thatcher. It’s been played at the funerals of Soviet leaders, including Leonid Brezhnev.

Chopin’s Funeral March has also been parodied often over the years. According to Kallberg, that shouldn’t come as much of a surprise.

“Chopin’s march is modeled after a Rossini opera, La Gazza Ladra, and that served as the basis for parodies,” says Kallberg, who points to one such parody written by Charles Gounod. It’s also notable that one of Chopin’s friends, Charles Valentin-Alkan, wrote a piece called “Funeral March on the Death of a Parrot”.

Monty Python would have been proud. 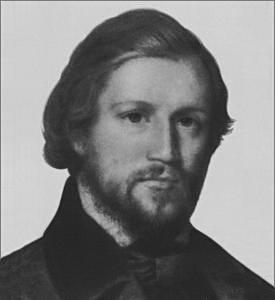 French composer Charles-Valentin Alkan was a friend of Chopin’s. Was he parodying Chopin’s Funeral March when he penned “Funeral March on the Death of a Parrot”?

Beetlejuice, Loony Tunes and even comic duo Abbot and Costello have parodied the famous dirge. A 2002 TV ad for Pilot Pen’s erasable ink pen featured it. You can even download it to use it as your ringtone.

I’ve always wondered if any funeral directors have done that. Probably not a wise PR move.

I’m not sure yet what music I want played at my funeral. Definitely “I’ll Fly Away” and “Old Rugged Cross” because they’re close to my heart. I have a running list that I add to from time to time.

And while I do like Led Zeppelin a lot, “Stairway to Heaven” isn’t on it. 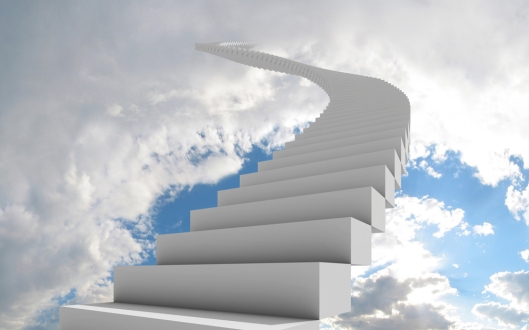