Every now and then, I look at my profile on Find a Grave.com (FG) to see what my progress has been. When I checked it recently, I realized I had passed another milestone.

Because not everybody knows what Find a Grave.com is or how it came to be, here’s the scoop.

This picture of Jim Tipton is on the Find a Grave.com web site. It’s the only one of him I could find on the Internet.

Find a Grave was started as a free site in 1995 by Jim Tipton. According to the FG web site, Jim started it because he couldn’t find an existing site that supported his hobby of visiting the graves of famous people. He decided to create a platform for it. What started as an eccentric hobby became “a livelihood and a passion”.

At first, FG was supposed to be a database of photos and information about famous people, from movie stars to historical figures to famous athletes. What actually determines the “famous” label is up for debate. But FG has the final say on that when you submit a photo/bio of a person you consider famous.

Fast forward to 2013. FG has many more memorials to unfamous people than famous ones. In fact, it contains about 100 million memorials and 75 million photos. It’s become a valuable tool for people like me who use it for genealogical purposes. Millions of members take photos of graves and post them on FG every day.

In 2013, FG was sold to Ancestry.com for an undisclosed amount. It remains a free service, although some worry that this may change.

I’ve never created a memorial/bio for a famous person. But I did take the first photo of one famous Atlantan’s grave that FG published last year. It’s odd how it happened, too.

Here’s a shameless plug for John’s book on Westview Cemetery. Over 30 of the photos in it were taken by me! Aside from that minor detail, the book is a great history of Westview and shares a lot about Atlanta’s movers and shakers that shaped the city’s rich history.

Last year, I took a lot of pictures at Atlanta’s Westview Cemetery for my friend, John Bayne. The result of his hard work was published a few weeks ago (shameless plug). About 30 of my photos ended up in the book and John gave me credit for all of them.

That’s John on the right. This was taken at the book signing at Westview Cemetery in October. He also gave a nice talk about the book in Westview’s Abbey Mausoleum Chapel.

At the time, I used a spreadsheet of names, dates and grave locations to find what John needed. But one name on the list didn’t have a location and he hoped I would find it. He wasn’t even totally sure this famous person was buried there. Since Westview has over 100,000 graves, I was dubious that I could.

On a sunny October afternoon, I was hunting for the grave of Donald Lee Hollowell, a Georgia attorney famous for fighting for civil rights in the 1960s. I was having trouble finding it. Two fellows from the maintenance crew were working nearby and asked me if I needed help. One of them kindly radioed the office to get a better fix on the location while I looked around. That’s when I saw something.

It was the elusive grave of rapper James Christopher “Mac Daddy” Kelly that John had asked me to find. Kelly died of a drug overdose in May 2013.

The grave of Kriss Kross rapper Chris “Mac Daddy” Kelly. I’m embarrassed that I didn’t realize that when I took the picture that you can see my reflection. I’ve since gotten better with my photography, I hope.

Chris Kelly is best known for being half of the duo Kris Kross. A native of Atlanta, Chris and his friend Chris “Daddy Mac” Smith were discovered by music producer Jermaine Dupri at an Atlanta mall. The pair’s unique habit of wearing their clothes backwards definitely made them stand out. Their hit song “Jump” in 1992 was on the radio in constant rotation at the time. It was indeed a catchy tune.

Kriss Kross went on to make more albums that sold very well. But adulthood proved more challenging to Chris Kelly than his youthful fame. Although it’s reported that he pursued training to become a music engineer, he also struggled with substance abuse. His mother told the press that on the night before he died, he had taken “speedballs”, a potentially fatal cocktail of heroin and cocaine.

Only in his mid-30s when he died, Chris Kelly’s death stunned many, including his former Kriss Kross partner, Chris Smith. In his statement to the press, he said, “Chris Kelly was my best friend. He was like a brother. I love him and will miss him dearly.”

Hardly able to believe I’d stumbled across the one grave I thought I would never find, I turned to see the other crew member witnessing my surprise. He knew what I was asking without saying the words. “Yeah, that’s him,” he murmured.

I’ve never been a fan of rap music because of its tendency toward strong profanity, violence and terrible treatment of women. But as the mother of a son, I can empathize with Chris Kelly’s mother over the loss of her child.

I took my pictures, still stunned. Later, I posted them to FG and one became my first published photo of a famous grave.

Looking back over the last two years, I can say volunteering for FG did change my life in a dramatic way. Because when I started hunting for graves, I found a new sense of purpose I hadn’t had in a long time.

This picture of William Rogers’ grave at Rogers-Bell Cemetery near Johns Creek, Ga., is one of the first I took for Find a Grave.

In fall 2012, my son started kindergarden so I had a little more time to myself. I’m blessed to be able to stay home and not work a full-time job as so many moms must. I know that washing pots and pans, and folding laundry isn’t fun for anybody. But I felt frustrated, lacking in purpose.

My already limited freelance writing career was going nowhere so I sought an outlet for my creative juices. Even if it meant not making a dime from it. Joining FG provided the spark and from that, Adventures in Cemetery Hopping was born. It’s been quite an adventure indeed.

While what I do doesn’t equal curing a disease or solving economic problems, it gives me a way to use my talents and skills while educating and (hopefully) inspiring others. I’ve made a few people happy by finding the final resting place of their loved ones. Maybe some of you have learned something new because of this blog.

I hope you’ll continue with me on the journey. 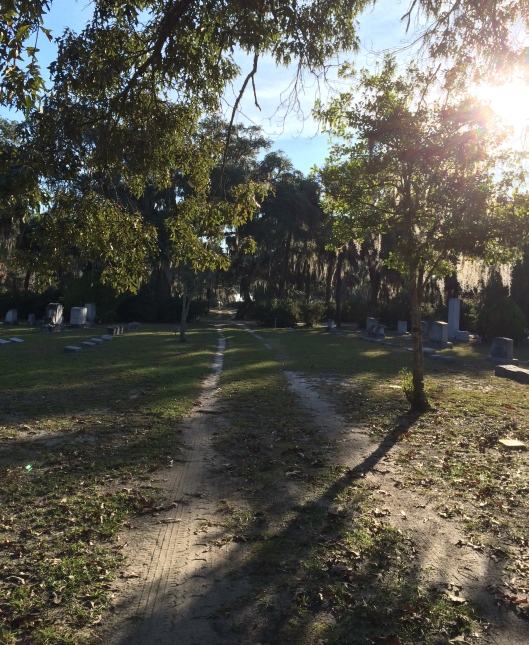 6 thoughts on “Kriss Kross and Find a Grave: Reaching a Two-Year Milestone”